Santa Lucia Salve Company started with the need for alternatives to pharmaceutical drugs and products that often have side effects and addictive qualities.

The salve ingredients are BPA free, non-toxic, free from animal testing and contain no animal products.

We are proud to offer these proprietary blends that continue to help people with many body balancing issues.

Scattered in the Santa Lucia Mountains of the Los Padres National Forest is the rarest and most unusual of all species of fir, the Santa Lucia fir (also known as the bristlecone fir). Found only in the mountains whose name it bears, the Santa Lucia fir is restricted to the upper watersheds of the Carmel, Little Sur, Big Sur, Arroyo Seco, San Antonio and Nacimiento Rivers, and in many smaller watersheds of the Big Sur region — always within 13 miles of the coast. The southern-most documented populations are located near Hearst’s Castle, in northwestern San Luis Obispo County.

Considered the “rebels” of the firs, the Santa Lucia fir has a number of unique characteristics that makes it unmistakable (and almost strange). Needles that are usually short, thick, and soft on firs grow to be two inches long on the Santa Lucia fir and are thin and dagger-tipped (easily piercing your skin if you grab at a branch too carelessly). Its cones are found only in the very top of the tree’s crown, which grow unique long papery bristles, giving them a look like a roosting hedgehog! They also have very narrow and sharply pointed spire-like crowns, which resemble the crowns of fir and spruce species of subalpine and arctic regions.

The tree can grow as tall as 100 feet, and is often found alongside coast redwoods or various species of oaks. It usually grows singly or in small groups. Among fir species of North America, the Santa Lucia fir has the smallest range and is the most rare. While population trends on national forest lands are poorly known, the Santa Lucia fir is not considered to currently be at risk of extinction. 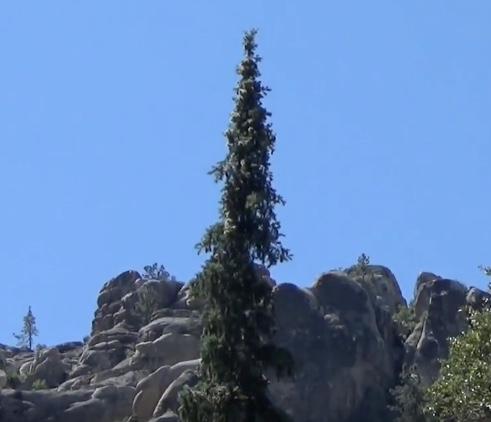 FDA Disclosure
The statements made regarding these products have not been evaluated by the Food and Drug Administration. The efficacy of these products has not been confirmed by FDA-approved research. These products are not intended to diagnose, treat, cure or prevent any disease. All information presented here is not meant as a substitute for or alternative to information from health care practitioners. Please consult your health care professional about potential interactions or other possible complications before using any product. The Federal Food, Drug and Cosmetic Act requires this notice.